BKS Iyengar was born in India in 1918. The method of practising yoga that he developed is taught in more than 45 countries throughout the world.

Iyengar was advised to start yoga in his teens in order to improve his health and studied under the Guru Krishnamacharya, in a tradition going back thousands of years. BKS soon received acclaim in the yogashala (yoga school) and often travelled with his guru to give public demonstrations. He started teaching in Pune in 1937 and in 1943 married Srimati Ramamani and started his family. Iyengar's Institute in Pune was built in 1973 though tragically Ramamani died before the building was completed. The institute was named in her memory, Ramamani Iyengar Memorial Yoga Institute.

In 1954, the well known violinist, Lord Yehudi Menuhin, became Iyengar's pupil and Menuhin declared Iyengar to be "his greatest violin teacher ever" and arranged for him to do a tour of Europe. Thus Iyengar was introduced to the West and Iyengar Yoga was taken on the syllabus of the Inner London Education Authority in 1968.

In August 2014 BKS Iyengar died aged 95  and left a legacy of his teaching and practice behind him. He developed in himself an unsurpassed ability to observe the fine changes that are brought about by movements and the subtle mental and physical effects of each pose and each adjustment in each pose. He showed that the mental and spiritual effects which are the fruits of yoga can be attained by attending to the body and its actions. 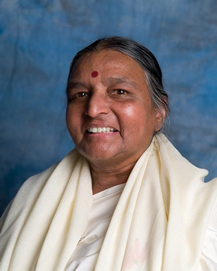 His family continue  to teach at the Institute, led by his son, Prashant and daughter, Geeta until her unexpected death on 16 December 2018 which shocked the Iyengar community worldwide, just a few days after the centenary celebrations in Pune where she was teaching.

Prashant and Iyengar’s granddaughter, Abhijata, together with a dedicated team of senior teachers, now lead the Iyengar community into the future.

Iyengar Yoga is characterised by precision and attention to detail, which enables the practitioner to progress safely within the limits of their own capability; to extend those limits and to develop a quiet, observant mind in a healthy body.

Certified teachers of Iyengar Yoga are required to maintain contact with the Iyengar family through senior teachers and professional development days. They have an understanding of the body and posture work which is unequalled in other schools.